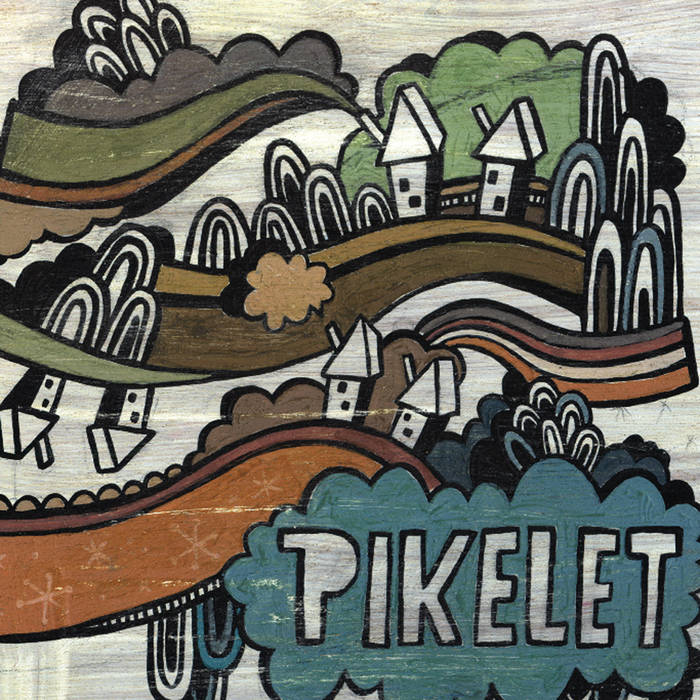 Pikelet is Evelyn Morris, a 24 year old musical wunderkind from the outer suburbs of Melbourne who began life as a hardcore-obsessed drummer, and still currently serves on sticks in such heavy-hitting Melbourne institutions as Baseball and True Radical Miracle. But a couple of years ago she felt compelled to grab an old accordion, a guitar and a delay pedal, and launch a decidedly un-hardcore solo career.
The name comes from Evelyn’s mother, who used to spoil her kids with pikelets when she was a little strapped for cash. “She always had eggs, she always had flour and powdered milk in the cupboard, so she would just throw together pikelets,” Evelyn told Mess + Noise Magazine. “It was a really big deal for me, but I found out later that it was just what she did when she had nothing else.”
Engineered and produced by US uber-producer Casey Rice (Tortoise, Sea & Cake, Ben Lee and countless others), Pikelet’s debut self-titled album is a gorgeous, multi-tiered work of swirling and shifting melody, layered harmonies and charming story-telling, almost entirely performed by Evelyn herself. All in all, a uniquely assured and distinctive debut.
Since its release, Evelyn has spent much of the last year touring, embarking on a large scale European in June 2007, and in Australia sup- porting international acts such as Sufjan Stevens and Beirut, while playing festivals from Golden Plains to the Blue Mountains Folk Festivals.