A Love Affair With Nature 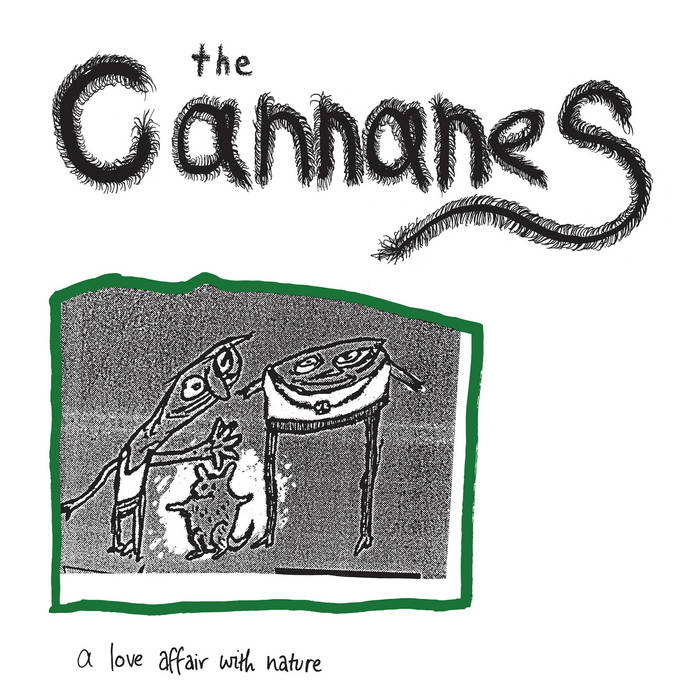 it was worth it, Gough Favorite track: Sound Of the City.

Phil Neff The hidden through-line from the Go-Betweens to Beat Happening? Favorite track: Take Me To the Hotel Johanna (And Let's Trash the Joint).

Scott Jacobson First heard this when Ajax released it in the US. I was in high school. It felt like one of those "secret knowledge" albums that you can't quite imagine anyone else in the world knowing about. The songs burrowed in deep. All these years later they still pop into my head. "Hotel Johanna," "Vivienne" and "1990" especially. Perfect smart wobbly pop songs. I wish more people could hear them.

Juan Orero Is like each song belongs to a different artist. You can be listening to something like The Smiths and then jump to indie rock. Amazing Favorite track: Take Me To the Hotel Johanna (And Let's Trash the Joint).

Chapter Music is proud to announce a deluxe vinyl reissue of A Love Affair With Nature, the 1989 second album by Australian DIY icons The Cannanes. The reissue comes as a picture disc with new liner notes, an extensive PDF booklet and a full 13 digital bonus tracks from early singles and unreleased sessions.

Formed in Sydney in the mid 1980s, The Cannanes are one of the most celebrated underground bands of the Antipodes, with a book, a documentary and even a pair of limited edition Converse sneakers devoted to them. Over their 30 year career they have amassed 11 albums and innumerable singles on labels all around the world, and have toured the US, UK, Mexico, Japan and Europe repeatedly.

A Love Affair With Nature holds a special place in The Cannanes' canon. After a series of early lineup shuffles, the band condensed into their classic core trio - drummer David Nichols, guitarist Stephen O’Neil and heartbreaking vocalist Fran Gibson. Each contributes songs that veer between insightful and absurd, conveying a 20-something inner-city existence that feels simultaneously fleeting and universal.

Initially self-released on coloured vinyl by the band, Love Affair was subsequently licensed by Chicago label Feel Good All Over (The Magnetic Fields, Dead C), with a CD version a few years later on another classic Chicago imprint, Ajax Records (Mountain Goats, David Kilgour). They began touring the US and UK regularly, becoming one of Kurt Cobain’s favourite bands (as mentioned in his diaries) and had further releases on quintessentially 90s labels such as K Records, Harriet and Little Teddy. Chapter released a split single in 1996 and their album Living The Dream in 2000, before signing back on for 2013’s Howling At All Hours, their first album in more than a decade.

Out of print and unavailable since the mid 90s, A Love Affair With Nature is the idiosyncratic Australian classic you always knew you would love, but had never been able to track down - until now!