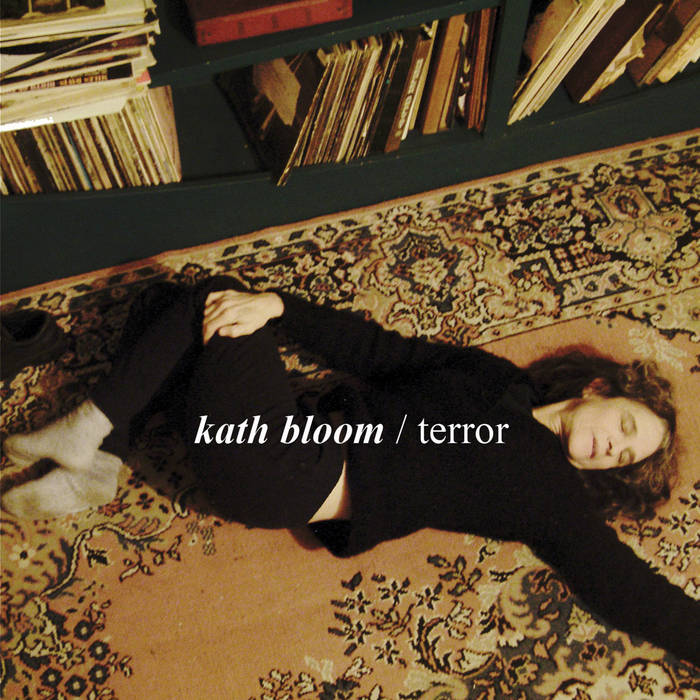 “One of the most beautiful singers ever. Heartbreaking.” - Devendra Banhart “I consider myself her biggest fan.” - Josephine Foster

Terror is the follow-up to Finally, Connecticut folk legend Kath Bloom’s 2006 return to active musical duty. The new album was recorded at Barking Spider Studios in Warren, CT with Kath and her husband Stan Bronski.
Kath was born and raised in New Haven, CT, where she learned to play guitar among the headstones of her local cemetery. She met avant-garde guitarist Loren Connors in 1976 and together they recorded six limited edition albums of fragile folk and blues melodies between 1981 and 1984.
Her new songs reveal a singer and songwriter as accomplished and affecting as Lucinda Williams or Gillian Welch. Most tracks primarily feature Kath’s gentle guitar picking, haunting vocals, and mournful harmonica, although guitarist Marty Carlson (owner of Barking Spider Studios), husband Stan and longtime collaborator Tom Hanford added finishing touches to many tracks. The material ranges in vintage from brand new (i.e. "Marty, I just wrote this yesterday") to as far back as her days with Loren (Something To Tell You).
After her collaborations with Connors, Kath entered a period of child-rearing and family life, returning to recording in the early 90s. Director Richard Linklater discovered Bloom's music and featured her song Come Here in a pivotal scene in his 1995 film Before Sunrise. By then, Bloom had begun recording again in earnest, self- releasing a series of cassettes and CD-Rs. Finally, released on Chapter Music in 2006 was her first non CD-R release since 1984.
Presently, Kath trains horses and plays with her band Love at Work (which includes Tom Hanford and husband Stan) offering a musical tour de force of programs for children and adults, as well as playing solo shows in the Northeastern US.