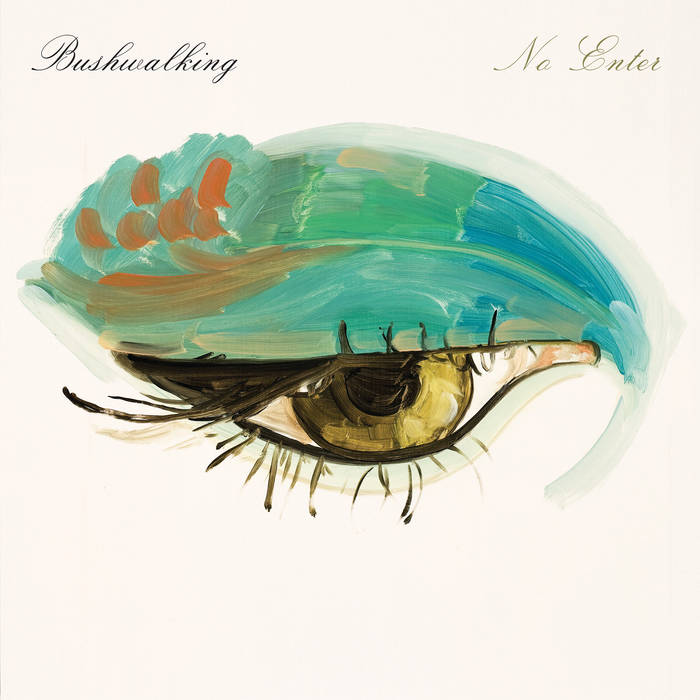 Bushwalking were formed in 2011 when Stiles was planning to record a solo album and enlisted friends Venerosa and Scullin to back her up. Quickly they realised what they were creating went beyond the solo-artist-plus- backing-band archetype, and decided to form an entirely new band.

The result was the eerie hypnotic rock of 2012 debut album First Time, which matched Venerosa and Stiles’ psychic harmonies with Scullin’s piercing guitar tones. The album was released on vinyl via US label Army Of Bad Luck, run by then Deerhunter bassist Josh Fauver. Despite the lack of a local release, First Time became a Triple R album of the week and made many end of year best-of polls.

Bushwalking return in 2013 with No Enter, a bigger, harder record than the debut. The band’s almost medieval edges are now diamond-sharp, with Venerosa and Stiles’ voices inextricably entwined, singing disarmingly direct lyrics over pounding, tom-heavy drums and screaming guitar histrionics.

2013 has also seen Bushwalking perform at Golden Plains festival and support artists such as Cat Power and Wild Nothing.

“Meditative and pretty...squiggly ’60s-style guitars are nice, too, as is the moaning chorus that comes in and out, chanting like Gregorian monks” The Fader