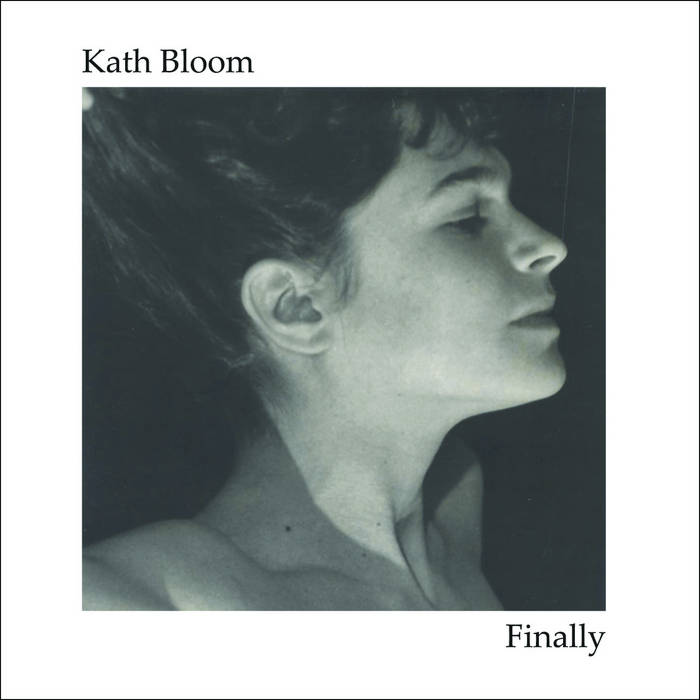 First released in 2005, Finally was seminal folk cult figure Kath Bloom’s return to active musical duty, her first officially released album since 1984.
The daughter of world famous oboist Robert Bloom, Kath grew up in New Haven, CT, where she started playing guitar among the headstones of her local cemetery as a teenager. She met avant-garde guitarist Loren Maz- zacane Connors in 1976 and together they recorded six limited edition albums of fragile folk and blues melodies, ending with final album Moon- light in 1984. Chapter Music has re-released four of these albums - Sing The Children Over, Sand In My Shoe, Restless Faithful Desperate and Moonlight - as a pair of two disc sets.
Soon after her collaboration with Connors ended, Kath and husband Stan Bronski moved to Florida together to live amidst the orange groves, buying and rehabilitating old houses. After a period of child-rearing and family life, during which she was always playing and performing, Kath began to return to the recording studio in the early 90s. Director Richard Linklater discovered Bloom's music around that time and featured her song Come Here in his 1995 film Before Sunrise. By then, Bloom had begun recording again in earnest, self-releasing a series of cassettes and CDRs starting with Love Explosion in 1993 and including Come Here: The Florida Years in 1999.
The songs on Finally, selected from Kath’s CD-R releases with two new tracks, reveal an older, wiser songwriter, as accomplished and affecting as Lucinda Williams or Gillian Welch. Most tracks primarily feature Kath’s gentle guitar picking, haunting vocals, and mournful harmonica, and the material ranges in vintage from brand new (You And I Keep Falling, Finally) to as far back as her days with Loren (Fall Again, Come Here).
Presently Kath is playing with her band Love at Work (which includes longtime collaborator Tom Hanford and husband Stan) offering a musical tour de force of programs for children and adults as well as playing solo shows in the Northeastern USA.
In 2008, Chapter released Terror, an album of entirely new songs, then in 2009 Loving Takes This Course – a 16 artist tribute album to Kath’s songwriting, including cover versions by Devendra Banhart, Bill Callahan, Mark Kozelek and others.