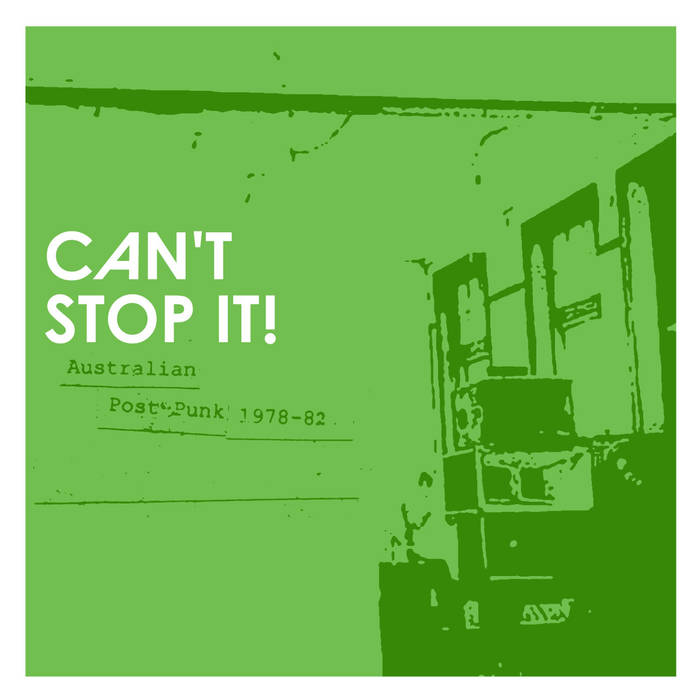 from the original press release, 2001:

A long overdue compilation of Australia's incredible post-punk history, featuring the finest selection of bands from the period 1978-82, with many previously unreleased tracks.

This is a fantastically inventive and dynamic time in Australian music history, a time when Australia stepped out of the shadow of overseas influence and asserted its own musical identity for the first time.

Featuring tracks by future members of bands such as the Dirty Three, Nick Cave And The Bad Seeds, Einsturzende Neubauten and the Gobetweens, Can’t Stop It! is just a small indication of the creativity and innovation bubbling away under the surface of Australia’s lumbering pub-rock music culture twenty-five years ago.

All of the bands on Can't Stop It! released their music independently, either themselves or through the handful of visionary labels of the time such as Au-Go-Go, M Squared, Missing Link or Innocent Records. Unfortunately much of the music has since been ignored or forgotten ... until now!

“Experiment is this collection's strongest suit. Although the execution is occasionally clumsy, some of the strategies evolved are ingenious. And some proved prescient.” The Wire