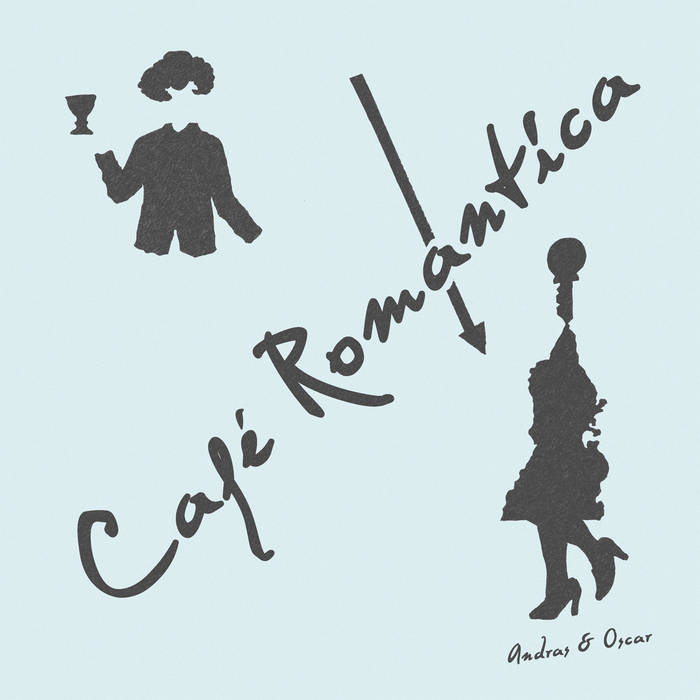 Customers outside Australia and New Zealand please get your copy of this album from Dopeness Galore -
www.dopenessgalore.com/recordstore/andras_oscar_cafe_romantica

The duo make house music laid bare - rough, ready and romantic. Songs are spontaneous, mistakes are often retained, but the end result is as deep as it is playful. Oscar’s vocals alternate between seductive and reflective, buoyed by gentle, bubbling, inquisitive grooves from Andras.

Andras & Oscar have performed together at Golden Plains and for Boiler Room TV, but also maintain burgeoning solo careers. They played separate sets at Splendour In the Grass this year, while Oscar recently returned from a run of US shows, and Andras is currently in Europe for DJ dates.

It has already been a busy year for releases for Andras - a solo EP Vibrate On Silent was recently released by US label Mexican Summer, while German label Growing Bin released his new age soundtrack Overworld under the name A.r.t. Wilson.

Chapter Music will release Café Romantica in Australia and New Zealand on October 17, 2014. Dopeness Galore will release the album for the rest of the world.