Brazen Hussies - Songs from the Film and more 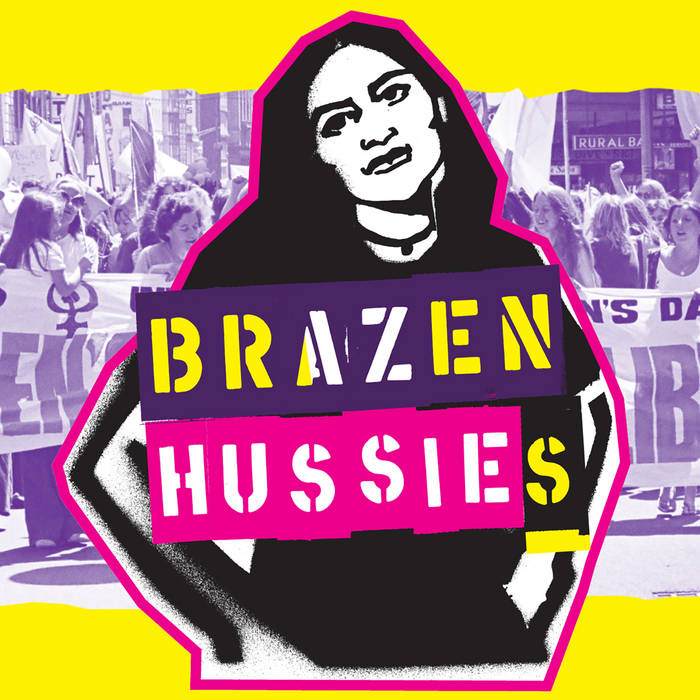 Brazen Hussies is a compilation of Australian women's music from the 70s and 80s. It comprises songs from the new documentary Brazen Hussies, about the Women's Liberation movement in Australia, expanded with equally revelatory music not heard in the film.

As the Women's Liberation movement revolutionised Australian culture, women around the country took up instruments, formed bands and solo projects, made records, played concerts and sang about their lives in ways they had never before. This was music made by women for women, heard at political rallies, dances or on feminist radio, distributed around the world or just to a handful of friends.

The women's music movement in Australia was fiery and political, but also celebratory. Toxic Shock sang about the effects of unsafe chemicals in tampons, while Pip Porter celebrated new depths of female solidarity and friendship. Hens Teeth proclaimed "I gotta be gay and free" and Stray Dags waged a funky war on self-doubt.

Salvaged from hissy old tapes and crackly records, Brazen Hussies only touches the surface of a rich and vibrant women's music scene that existed in Australia from the early 70s through the 90s and beyond. Many of the artists involved made few recordings, and many did not make it into a recording studio at all, but there is still a whole world of inspiring, emotional, thrilling Australian feminist and women's music waiting to be rediscovered.

The documentary Brazen Hussies, a Film Camp production directed by Catherine Dwyer, examines the wider Australian Women’s Liberation movement from 1965-75, It has been shown at Brisbane and Adelaide Film Festivals and has a national cinema run beginning in November 2020.

Comes with a digital PDF of liner notes by Dr. Kathy Sport and Guy Blackman.